While ferromagnets have been known and exploited for millennia, antiferromagnets were only discovered in the 1930s. The elusive nature indicates antiferromagnets’ unique properties: At large scale, due to the absence of global magnetization, antiferromagnets may appear to behave like any non-magnetic material; At the microscopic level, however, the opposite alignment of spins forms a rich internal structure. In topological antiferromagnets, such an internal structure leads to a new possibility, where topology and Berry phase can acquire distinct spatial textures. We study this exciting possibility in an antiferromagnetic Axion insulator, even-layered MnBi2Te4 flakes. We report the observation of a new type of Hall effect, the layer Hall effect, where electrons from the top and bottom layers spontaneously deflect in opposite directions. 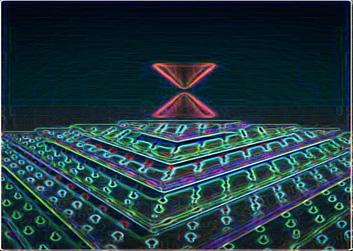