What made you decide to study physics? I wanted to study physics because I’m a huge sci-fi fan (or just a big nerd in general), and whenever I watched space movies specifically I was mesmerized by the visuals and I really wanted to know how and why it worked! I was super excited to know that I can make a living asking and answering questions about the universe.My favorite part of being a physics major is being able to do research and having the opportunity to present it at different national and international conferences!

Are you involved in any type of research at MU? I study galaxy morphology and evolution with Dr. Yicheng Guo here in the physics department. I’ve been working with him since my freshman year and doing research has definitely helped me in some of my physics courses. I’m so lucky to have a great faculty mentor like Dr. Guo!

What are your career goals? Outreach, teaching, and research are three extremely important things that I want in my future career. At first I was thinking about becoming a professor, but I’m more interested in teaching a bigger and diverse group of people. After my senior year, I’ll be going to graduate school to get my PhD in Astrophysics and after that I want to work in a museum. It’s a great mix of the teaching and outreach that I want to do with underrepresented students in STEM and I’ll still have the opportunity to do research! This summer I’ll be doing research at the American Museum of Natural History and it’ll be a sneak peak into what I’ll possibly be doing in the future.

What is/was your favorite physics course and why? So far my favorite courses have been Intro to Modern Physics, and Astrophysical Techniques. Astrophysical Techniques was a very hands-on class on what you literally would be doing as an astronomer/astrophysicist. We wrote fake proposals to get time on a telescope and it was really cool getting insight on that process.

How would you describe (overall impression) the environment in the physics department? If you’re a physics major, you’ve struck gold because the faculty are some of the best on campus. I’m around a variety of different majors from the different colleges on campus and I hear different horror stories involving curriculum, professor’s attitudes, teaching styles, etc and I’ve never had that experience in my physics and astronomy classes here. They genuinely want to see you succeed and they’re going to be some of the nicest people you’re ever gonna meet. The material can be difficult, but with a great teacher you'll be perfectly fine.

What advice would you offer to current and/or future physics majors? If you’re an underrepresented minority (URM) student in physics there are programs that can help you find that sense of community and even help you with preparing for your future (undergraduate research, graduate school, etc). I joined Maximizing Access to Research Careers/Initiative for Maximizing Student Diversity (MARC/IMSD) here on campus and I’ve been able to get paid doing research during my time here at Mizzou and be exposed to great opportunities that we usually aren’t exposed to because of our gender or skin color.

What do you think is the social relevance of physics; why is it important that there are people with this expertise? Physics (and math) is the backbone of our universe, and it’s important to know what’s going on around us. It’s even more important to figure out why it’s going on. Why aren’t we floating in space? What does floating mean? Why isn’t the sun burning us alive? Will the sun ever burn us alive? These are important questions and without physics we wouldn’t know how to answer them. Socially, physics gets bad rap because it can seem too difficult or you have to seem like Albert Einstein himself to begin to understand it. That isn’t true, if you’re interested in physics and genuinely want to know more, then you belong here.

Favorite activities outside the lab/school? I’m a yogi and I love doing yoga every morning with my cat Sage. I love watching movies, tv, and YouTube. I’m a pretty big nerd so I also am always playing video games or planning trips to different comic/anime conventions. I also love hanging out with my friends, we’re family at this point.

Aside from subject matter, what have you learned from your university experience? How have your extra-curricular activities influenced your experience? I’ve learned a lot from my university experience, and it’s definitely a unique one since I’m a black woman at a Predominately White Institution (PWI). It gets a little worse on paper since physics only has about 4 black people in the entire department. In STEM you’re going to run into the people who are going to have their negative opinions on where you belong and what you can do based off of your gender and your skin color. It’s difficult to not let that affect you, but you have to see the light at the end of that long, tiring, sexist, and racist tunnel. This isn’t just a Mizzou problem, it’s a world problem and unfortunately that’s our reality. These adverse experiences don’t happen often and they’re not going to define you. You’ll find your group and support system on campus and when you do you’ll have a blast. It took me awhile to get there, but with my different extracurriculars and the opportunities that’ve come out of those make this all worth it in the end. If you’re a URM student interested in physics, feel free to reach out!

Internship/REU Experiences I was graciously accepted into the University of Colorado - Boulder’s Boulder Solar REU Program in Summer of 2020. It was a virtual REU since COVID was new and no one really knew what was coming next. It was my first immersive research experience and I’m grateful for my mentors Dr. Dan Seaton (NOAA) and Dr. Amir Caspi (Southwest Research Institute) for showing me such a fulfilling and life-changing experience. My project title was Comparisons of Novel Imaging and Spectroscopic Infrared Eclipse Observations in 2017 . We focused on high-altitude spectroscopic observations during the 2017 solar eclipse taken by NASA WB-57 High Altitude Research Aircraft, and I was able to be the first one to probe a data set that was the first of it’s kind since it was observations of the solar corona in Mid-Wave Infrared. I came out having learned so much about a different field of physics and it helped me narrow down what I wanted to do in my PhD. I also had opportunities to speak about my research at a couple of conferences in 2020. In Summer of 2021, I’ll be gratefully researching brown dwarfs, low mass stars, and exoplanets with the American Museum of Natural History 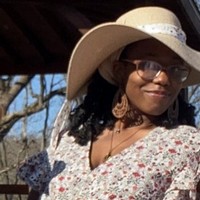